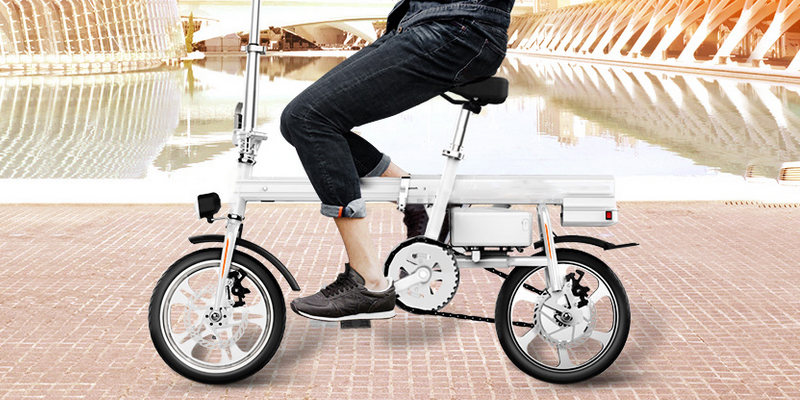 As an ideal ambition with ambition of intelligent electric Bicycle, Ai Erwei R6 of course not only satisfied with the current results, so first to set a small target it, hoping to break through 2 million mark!
The goal is good, but want to achieve, but also must have to match the strength.
Let’s take a look at the strength of the Irvine R6.

【Performance】
The Irvine R6 has three ride modes to choose from:
Bicycle mode: do not consume electricity, and cycling the same trample riding, can effectively exercise;
Electric power mode: power + manpower, 11 stalls adjustable, saving power and can exercise the body;
14-inch tires, built-in hub motor, can provide 230W for the vehicle a strong driving force, relying entirely on electric energy when riding, the maximum speed of up to 20km / h.

【Folding articles】
The fold should mainly be seen from both the portability after folding and the difficulty of folding.
Ai Erwei R6 main frame with aluminum alloy material, vehicle weight is only 19kg, while the maximum load has reached 100kg.
After folding the volume of 910 × 400 × 750mm, carried around and will not feel inconvenient, whether into the elevator or retreat in the office or at home are not obvious.
On the folding method, Ai Erwei R6 folding process is very simple, and its main frame folding is fully automatic, only through the rear of the button can be directly manipulated, and then folded the bar, put down the seat, both You can complete all the folding.

【Battery】
For an electric bike, the battery is a very important component, is the so-called into the battery, the battery is also lost.
The Irvine R6 battery pack is placed outside the seat, which is simple and easy to disassemble and does not require any props.
Charging, you can either directly connect the charger to charge, you can also remove the battery pack to separate charge, after removal through the car to charge, is also very convenient, especially for 4 +2 travel.
For the use of security considerations, the battery pack also wrote 8 heavy circuit protection, in a comprehensive upgrade charge and discharge efficiency at the same time, so that security is more secure.
R6 battery pack also extends the USB interface, can help out when other electronic equipment to charge, do not worry about the power is about to run out.

【Details】
R6 lever on the right side of the configuration is equipped with a driving computer, can help the rider in the three riding modes free to switch, and real-time monitoring of riding speed, mileage, the remaining power and other data, set a variety of models, the vehicle failure Reminders and so on.
R6 rear is equipped with a brake warning light, can automatically light up when the brake, to remind the rear of the vehicle, passers-by to maintain a safe distance.
For the Irvine R6 such a smart bike, how do you feel?
If you feel heart, and would like to know more words, may wish to open all the links to further understand it 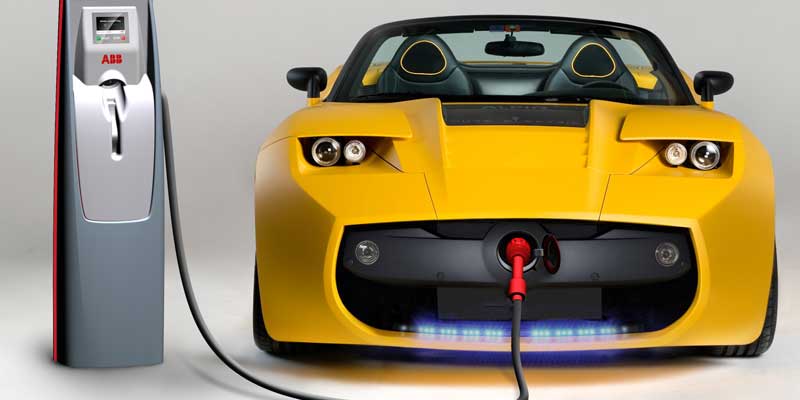 SAIC previously predicted that China’s new energy car market will usher in explosive growth, so in the field of new energy has launched a rapid layout. SAIC officially informed that the car will be through its wholly owned subsidiary and Ningde era set up two new joint ventures, mainly engaged in the development of lithium batteries, production and sales.

Which the era of SAIC Power Battery Co., Ltd. registered capital of 2 billion yuan. SAIC to hold 49%, Ningde era to hold 51%, the company will be mainly engaged in lithium-ion batteries, lithium polymer battery development, production and sales and after-sales service.

SAIC Power Battery System Co., Ltd. registered capital of 300 million yuan. SAIC to hold 51%, Ningde era to hold 49%. The company will be principally engaged in the development, production and sale of power battery modules and systems.

As a reference, BYD 2016 lithium battery shipments of about 8Gwh, are lithium iron phosphate battery. The power battery business executives revealed that the company is the base of the expansion of the pit, increase production capacity 6GWh, is expected to reach production in 2017; In addition to its long-term planning, by 2020 its battery capacity is expected to reach 34GWh. From the global market point of view, the electric car industry leader Tesla Gigafactory new plant production capacity is expected to 35GWh (for about 500,000 electric cars), planning in 2020 all production.

SAIC Group now through a number of power battery company’s joint venture, power battery overall production capacity is expected in 2020 than BYD, Tesla and other enterprises.

In addition to cooperation projects with Ningde era, SAIC previously established a new power battery system Co., Ltd. (hereinafter referred to as “Jiexin Power”) with A123 System Hong Kong Co., Ltd.. With the United States A123 in 2013, Group acquisitions, Czech Republic and the new power into a SAIC and Wanxiang Group’s joint venture company, in the joint venture, SAIC accounted for 51% share of shares.

SAIC to 2020, 600,000 new energy vehicles sales target, independent brand models will account for 200,000. SAIC Group Vice President (Participation, pictures, inquiry), SAIC passenger car company general manager Wang Xiaoqiu (click to view the latest characters news) had said: “The direction of the development of new energy vehicles can not be changed, SAIC own passenger car in addition to this year The second half of the year will launch a plug-in strong mix of models, to 2018 Roewe there is a pure electric and 2 plug-in strong mix of models put into the program, including MG will launch new energy models, the overall will have nearly 8 New energy products in the market. 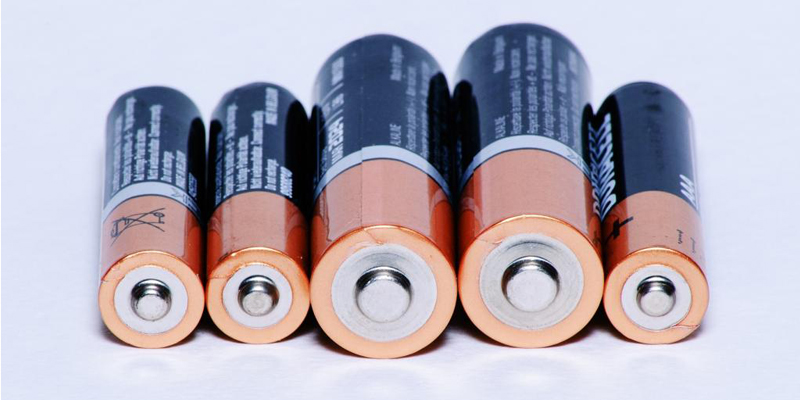 According to the latest data show that in March 2017, China’s lithium-ion battery production was 757 million, an increase of 45.3%; 1-3 month cumulative production reached 1.92 billion, the cumulative increase of 35.2%.